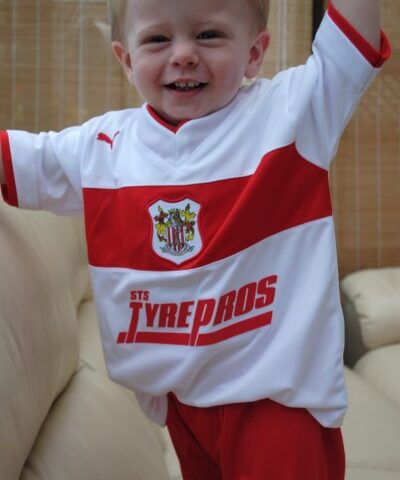 Scott Laird became the 16th recipient of the Supporters Association Player of the Year receiving his trophy from club Chairman Phil Wallace in the Broadhall Suite after the final home match of the season.

In one of the closest contests for ages Scott just nudged out Michael Bostwick and Ronnie Henry to lift the coveted shield to a packed audience in full voice showing their appreciation for the BSP Champions.

With no less than 14 players enjoying the support of the members it was never going to be a one horse race with Scott’s 23% of the vote just topping the 21% cast for Bossie. It is also worth noting that Ronnie has fast become Mr Consistency with the supporters, where since joining the club in 2005/06 season when he finished a lowly 5th he came back and won it the following season and since then has been 3rd now on 3 consecutive occasions. A superb achievement for this very popular performer.

The Spoofs are fast becoming a must for the occasion as leading up to the main event Scott had already received The Most Universally Challenged award from SA Secretary Geoff Gibbs and voted for by sections of the playing squad, just edging out Darren Murphy and Yemi Odubade for this somewhat dubious award.

However, our dressing room mole must be mellowing with age as many of the trophies were unlikely to insult in the same disparaging fashion we have come to expect as first up to the plate came Chris Day (Most Intelligent), followed by Jon Ashton (Snappiest Dresser), Lee Boylan (completely the opposite to Ash), Mark Albrighton (Worst Crooner or Karaoke Killer), Stacy Long (Most Wonderful Warbler), Ronnie Henry (Longest in the Shower), Mitchell Cole (Worst Trainer) and not least Graham Westley singled out for his abysmal taste in music. As our mole states, “Ye gods, this man has an insufferable collection of the most appalling stuff imaginable, and to compound the fact he’ll also put it on auto-repeat mode, in the dressing room, in the bus, in fact everywhere possible. Thank god Keith Berners maintains the match-day PA., otherwise he’d be on there too…!”

With Bossie collecting the Players Player (a new award sponsored by the SA) and Chris Beardsley having been presented with The Comet’s award earlier at the match the gathering moved onto an evening of food and entertainment to mark what has been a most remarkable season for the Club.

Our thanks go to Phil Wallace standing in once again for the unavailable Lloyd Briscoe, Andy Green for his unique MC role and Matt Ranson for supplying the photographs.